SPACEnews :: Recently, Deep Space Industries (DSI) presented to the public their plans for expanding humanity's presence in space. A lot of what DSI says echoes the same spirit of Planetary Resources. Both are asteroid mining enterprises and both seek to use the resources they gather from space, for human expansion into space.


But before getting into the details of asteroid mining, it would be a good idea to talk about why it is so important for humanity to go into space in the first place, and why asteroid mining is more than just a business proposal.

Sink or Swim? We've survived as a species because when times were tough, we could invent, explore, and expand our way out of trouble. The moment we stop doing that is the moment we sink. Progress isn't a luxury or an option, it is a necessity.


When we hear people complaining about resource scarcity, overpopulation, and our impact on the environment, how come the most obvious solutions are always passed over? If there are too few resources, find new ones. If there are too many people, explore new territory to settle. If the environment is threatened or changing for whatever reason, develop the technology to both hedge our losses and weather ... the weather.

Sinking :: Is it that these solutions are too simple and obvious for people to consider? Or is it because they are too much of a challenge for people to reach out for and grab, regardless of how undesirable the alternatives are? Population control, for instance, imposes itself on the most fundamental aspects of self-determination and human freedom, and on human nature itself. Likewise, our aversion, or at the very least, our current collective apathy toward exploration and expansion into new frontiers seems to contradict everything we seem to think makes humanity special.

I'm also fascinated by my fellow environmentalists who feel that humanity is a disease upon the Earth, one that should at worst inhabit the most meager of corners, and at best be removed like a cancer all together. I wonder if it ever occurred to them that without humanity, nature is ultimately doomed anyway, with either an asteroid or a supernova the final destination for all the ecosystems they seek to save and preserve. The ultimate environmentalist would seek to expand humanity as far and wide beyond this planet as possible, bringing life with us to barren rocks, and hedging our ecosystem and our planet's genetic heritage from any conceivable disaster that may befall our homeworld.

To do that  we cannot crawl back into the jungles, manage our population like deer on a game preserve, and dig for grubs in the ground trying to return to nature. We must continue moving forward, outward, and upward. The dinosaurs' au-naturel approach to conserving the balance in their environment ultimately turned out to be folly of the most extreme kind. Without a single shred of technology, an asteroid and climate change wiped them out. No -- returning to nature is like crawling into the crib with your child. They must grow and change with you, you must grow and change with them, both must move together sensibly but surely into the future.

Swimming :: So if sinking resembles a science fiction dystopia like 1984 or the beginning of the short lived TV series Terra Nova, or something  even worse where we are forced to do less, with less, and under the stress of a dying world, what does swimming look like?

Imagine an African savannah with absolutely pristine air, water, soil, and a climate that never changed, and with the prospect of poachers all but an impossibility. Imagine this savannah orbiting the Earth, collecting the free energy of the sun. Impossible? Not according to NASA engineers who had decades ago worked out the physics and concepts of building artificial habitats in space.

In the 1970's during NASA's Summer Studies (page 8, .pdf warning), the basic physics and plans for orbiting habitats simulating gravity through centripetal force were conceived. These would ultimately develop into the Stanford Torus, the Bernal Sphere, and the O'Neill Cylinder. Artist Don Davis would be commissioned by NASA to depict these habitats, and as you can see, they create visually stunning, and imaginative settings where countless science fiction narratives have played out, including blockbuster games like Halo.

If we were somehow able to create such structures in space efficiently, and they could indeed house large numbers of people and/or Earth's ecosystems, would that not solve a multitude of problems? Isn't building huge savannahs, a looping Amazon River with surrounding jungles, or extending our favorite cityscapes (Tokyo for instance) in orbit, allowing for real sustainability AND expansion, a much better alternative to the above mentioned "sinking?" I think so.

Learning How to Swim :: The line I get usually goes something like this... "Yeah, but that's impossible."

That's where firms like Planetary Resources and Deep Space Industries come into play. These are real people, with real technology, and now real companies trying to make this a reality.

Just like we have chunks of the Earth we dig up, sift through, process, and transform into cities, products, and real estate, space is rife with big chunks of rock -- dead rock that not only is sitting there for the taking, but in fact menaces us with the potential of some day crossing our orbit and disrupting or ending all together, life here on Earth.

Instead of launching millions of tons of building materials into space to construct such habitats, they would be built from this material already in space. So where are we now in relation to these castles in the sky? Here is just a taste of what has been done and what is going on right now...


NASA's NEAR Shoemaker landed on asteroid 433 Eros in 2001 after a year-long exploration from orbit.

China's Chang'e 2 began an extended exploration of the asteroid 4179 Toutatis in 2012.

Many other missions have flown by asteroids as secondary objectives and a list of them can be found on Wikipedia here. Clearly the technology to visit, study, land on, and even return material from asteroids is already possible. The next step is simply transforming these capabilities from scientific study to in-space processing and construction. Future missions, including one by the B612 Foundation dedicated solely to mapping out potentially hazardous asteroids, will help expand both our knowledge of what is out there and how to get to it.

In-Space Construction :: The zenith of in-space construction has to be the International Space Station. It permanently serves as home for up to 6 people and has been in low-Earth orbit while occupied for over 12 years. It was built by launching prefabricated modules into orbit -- it is sustained by constant shipments of supplies from Earth. While it is teaching people how to live and work in space,, clearly a revolution in space construction is needed before we take the next step.

I just wrote about ESA and other industry partners teaming up to explore and develop procedures for 3D printing structures on the Moon using lunar soil. Since the Moon's surface exists in the vacuum of space, and because the surface of the Moon may be similar to many of the asteroids targeted for mining, the processes developed in this study can be adapted for building structures out of asteroid material.

I mentioned how Deep Space Industries in particular planned using of 3D printing and how many of the massive space habitats they depicted in their concept art would require revolutionary processes to be made practical. Arrays of autonomous 3D printers working parallel "spinning" artificial worlds out of asteroids might just be such a process.

The processes are being developed on Earth, while ventures like Deep Space Industries specifically look to exploit them in pursuit of utilizing asteroids in space. Planetary Resources likewise sees a future where the materials in space aren't shipped back to Earth for use, but rather used as a means for the expanding into and the development of space. The profit really will be in developing what is there, for people to use there -- not bringing all of it back.

And while it is too early to tell who will be the first successful asteroid mining firm, by just attempting to realize this vision, both Deep Space Industries and Planetary Resources are taking important steps toward actually achieving it. And along the way they are sure to inspire the next generation of explorers, risk takers and problem solvers.

The obvious solutions of finding more resources, settling more territory, and creating pristine ecosystems that can be protected are now staring us in the face ... and some of us are beginning to reach out to grab them.
Posted by Admin at 1:59 PM 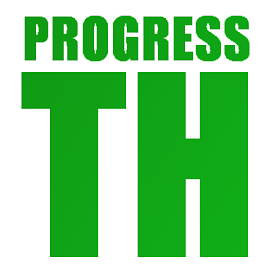